I didn't get any photos of leaf mush. I'll try again tonight. 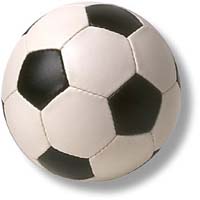 Last night, I coached my last soccer game of the season. Regarding difficult players, everything was the same, except my wife took over the job of substituting players. That took a load off my mind and allowed me to concentrate on the field.

I talked to the other team's coach for a while after the game. He's a special needs teacher and noticed that one of the kids on my team was in that category. I wish I could have talked to this guy earlier in the season for pointers on how to handle the difficult kid. Mrs. Rigtenzin told me the kid's dad was just as difficult to be near on the sidelines also. I wish for the best for those guys.

I have a desire to play soccer, but I need to find a league full of old guys who promise not to sprint or play rough. And it has to be pretty close to my house too. Too many qualifications, but I can hope can't I?
Posted by rigtenzin at 8:19 AM

A lot of groups play down at the Ft Snelling fields. I can ask some friends who play on a team from the U (the team is a mix, including old guys) if they know how you can get on a team.

This post is well over a year old; but in the Summer, maybe starting as early as April/May, try the soccer fields in Bloomington on Xerxes, I'd say between 98th/Old Shakopee Road and 90th, a big church is right next to a soccer fields and older guys play; all kinds of guys play. Wed. Fri. and Sunday night: spirited fun. I guarantee you they'll be there, I've ridden there on a bicycle.