*I'd post this on my work blog, but it's broken right now.
Posted by rigtenzin at 1:26 PM 2 comments: 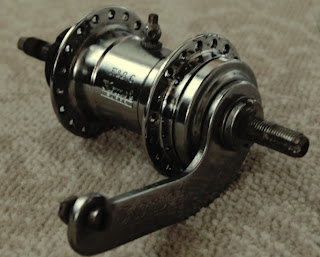 I found a bit more information about the coaster brake hub I mentioned in a recent post.

Thanks to those of you who helped me read the logo correctly. If my kids knew about the gaffe I made, they'd tease me. I mistook the word Komet for KonneA.

Anyway, the F&S.C stands for Fichtel & Sachs. The font used on the coaster brake arm is clearly the same as seen on other Sachs hubs. To see more, scroll down the page in this link to see the Torpedo logo.

I have Hubstripping.com saved in my RSS feeds. It's the site where I found this information.

Thanks to MichaelK for the tip on Glenn's Complete Bicycle Manual. I've wanted to find a copy of that for years. I'll order one. I checked it out a few times from the library as a kid. I'll probably get all nostalgic after receiving it and buy a rusty Varsity.
Posted by rigtenzin at 10:06 AM 2 comments: 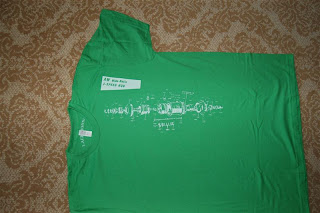 I bought a new t-shirt at this weekend's Twin Cities Bicycle Swap Meet. It's an exploded view of a Sturmey Archer 3-speed hub. 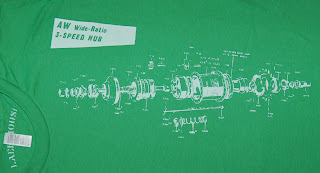 I love bike swap meets.
Posted by rigtenzin at 5:33 AM 5 comments: 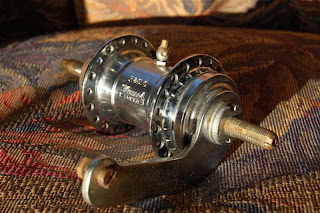 I'm starting to get the old Hiawatha coaster brake bike put together. I disassembled the rear wheel and saved only the hub. The rim was doinked and the spokes were corroded. 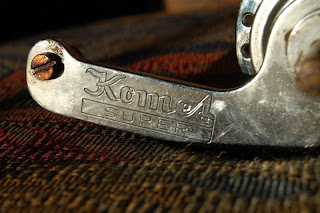 I think the lubrication port is really nice. It looks like the hat the Tin Man wore. 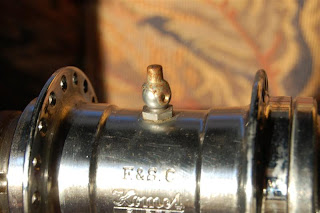 It appears to be nicely made and it spins forever when I turn it with my hands. I've never found a smoother coaster brake hub. I just need some spokes and I'll get this bike running. 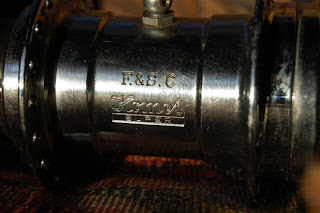 We had a Valentine's Party at our house for nine 2nd grade girls (my daughter's friends). They made cards, decorated pink crowns, and decorated lots of cookies. It was fun and they were cute. Although, by the time it was over I was glad for an end to the squealing and screaming. 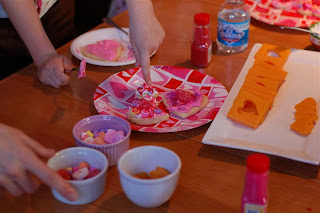 I was cleaning out a box of old papers and found a list of things my son said. This was probably from about two to four years old.


And one of my daughter's:
Some people celebrate Harmonica instead of Christmas.
Posted by rigtenzin at 3:14 PM 3 comments:

Well, I've got the answer.

Bill Richardson, the governor of New Mexico, is mad because he didn’t get the Democratic nomination. He’s a diabolical genius intent on ruling the world. His first plan was foiled, so he's moved onto plan B.

Plan B consists of gaining control of the Internet using the New Mexico supercomputer. After he controls the Internet, he'll take control of the world. Did you see the Pink Panther movies in which Chief Inspector Dreyfuss goes crazy and tries to take over the world? – similar situation. I can see Richardson wearing a cape, playing an giant organ right now.

Richardson even resembles Dreyfuss a little.

The question is: who is his Clouseau?
Posted by rigtenzin at 9:26 AM 1 comment:

In one of my last posts, I told you about all the dog turds on the bike trails in the winter. Reverend dick added a comment with a link to this website full of fun with dog turds. Some people choose to have fun where others choose to complain (I'm the complaining type).

Watch the videos and look at the gallery.

It reminds me when I was a kid, I'd pile snow on top of dog turds laying on the sidewalk. I knew that some smart ass would have to kick my pile of snow. I don't like vandals.
Posted by rigtenzin at 4:19 PM 4 comments:

I recently bought a 3-speed shifter cable on ebay. I haven't had the heart to break open the old packaging. I really like the illustrations. 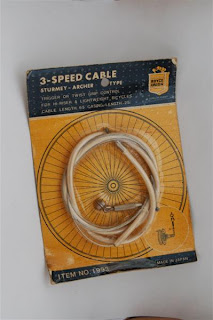 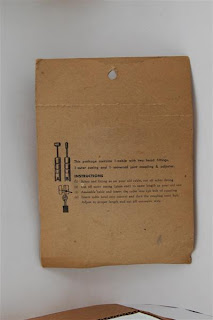 Posted by rigtenzin at 12:49 PM No comments: 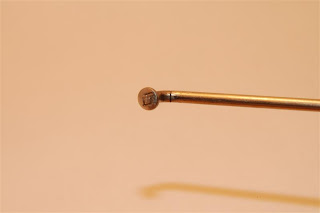 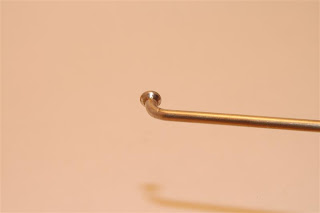 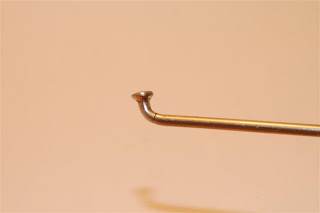 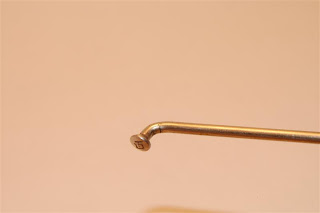 The story behind this spoke is that I didn't use spoke washers when I built my most recent 3-speed hub. The old hub flanges are thinner than current ones. New spokes are made for the thicker flanges of the new hubs. I used new spokes on an old hub and that resulted in wiggliness in the fit of the spoke to the hub flange. Wiggliness leads to breakage. I broke two spokes before rebuilding the wheel with the proper washers. The spoke in the photo would be the third to break if I hadn't removed it.
Posted by rigtenzin at 12:39 PM 4 comments:

I woke up late this morning and missed the Saturday Hiawatha Cyclery Ride. So later in the day, I rode a few errands and stopped by Minnehaha Falls. It's frozen now and the target of someone with a message. I'm sure it was an important message, but I couldn't quite make it out -- something like "NOW." 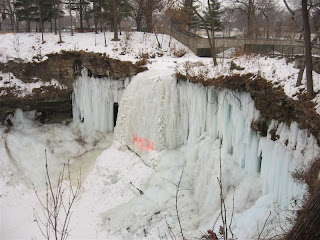 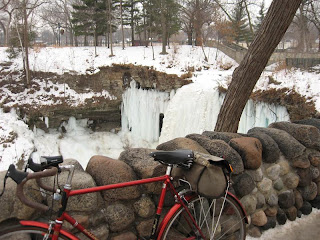 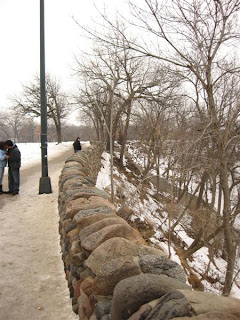 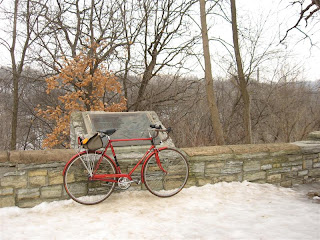 The city is building a new pavilion and gazebos at the Wabun Picnic area at Minnehaha Falls Park. That would be a nice place to hold a bicyclist picnic in nicer weather. I counted one pavilion and 4 new gazebos. I've always wanted a gazebo. I'll have to settle for a shared one. 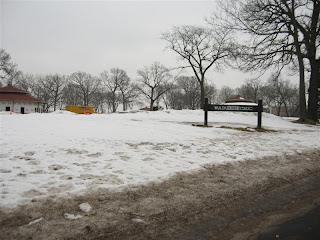 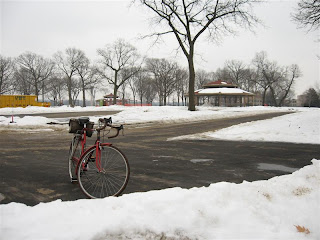 The skillz training came in because I had to dodge the numerous dog turds littering the bike trails. I don't know why, but in the winter I see lots more poop on the trail, left by miserable piece of crap dog owners. I'm glad most owners clean up their dogs' messes, otherwise it would be impassable. 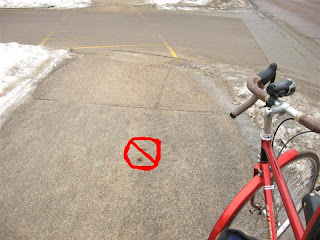 There goes my G rating.
Posted by rigtenzin at 2:02 PM 9 comments: