This thing made me smile:

I try to take a few photos while on my rides and here's a miscellaneous sample:

This guy is lucky to be alive. I was traveling the same route as him and a couple blocks before this intersection, he was almost hit by a car as he ran a red light. He skidded, the car skidded and they avoided each other by a small margin. I guess he decided to stop at this light. 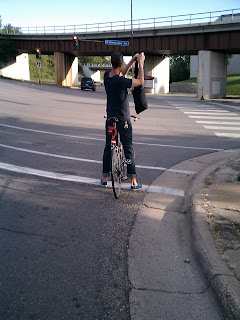 Minneapolis recently installed public rental bikes all over the city. Here is one of the racks. I pass six of them on my way to work. Some racks have lots of bikes and others are almost empty. I see a few of them on the trails. I'd like to try one someday. They look really sturdy. 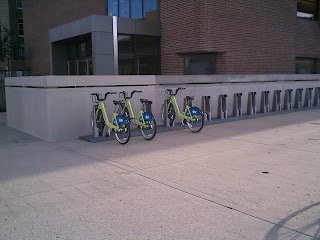 I saw this sign and mural behind a restaurant on Lake Street in Minneapolis. Look at the shrimp who appears happy to sacrifice itself for your dinner and the bizarrely shaped bicycle. It says Nike on the seat. 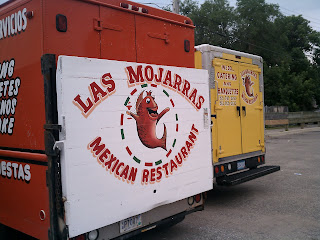 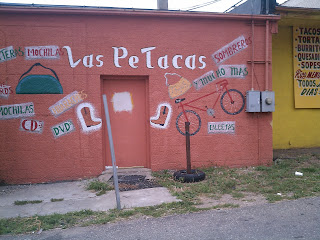 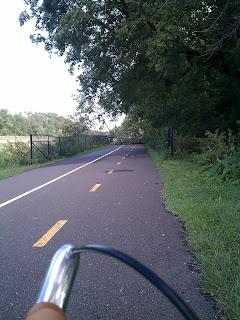 It rained heavily last night and I found all the broken glass washed from the streets this morning on my late ride into work. This tree was down across the Minneapolis Diagonal Trail.

If you’d like a laugh, take a minute to read the linked article about the drunk 12-year old. It’s one those that should appear in News of the Weird.

Posted by rigtenzin at 10:58 AM No comments:

Catching Up on Projects

I installed a new Tektro brake on the rear end of my 3-speed and it works. Previously I'd tried new pads, different cable and housing combos, and different brake levers, but nothing made that rear brake work well enough to count. Now it does. 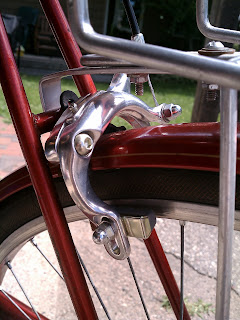 I attended Minnecycle with the Hiawatha bunch. It was fun and I wanted to buy a couple hand made frames. It's something to think about. 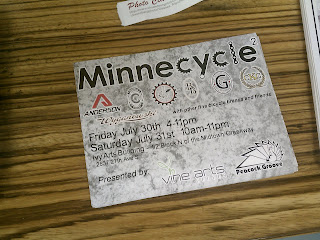 This is a Capricorn single speed. 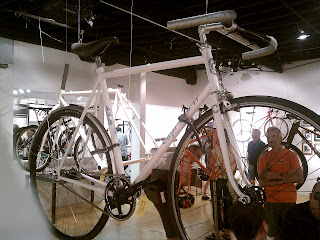 This is my bike rack. I built it from left over lumber and PVC plumbing pipe. The photo would be more helpful if I'd parked a bike in the rack. 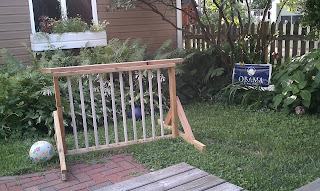 "Don'tmistake my silence for approval of what you're doing."

Posted by rigtenzin at 10:36 AM No comments: