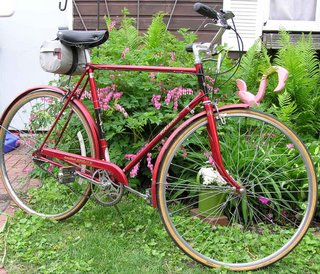 This photo was taken before I put the B66 on it and the Carradice bag. I also built alloy rims onto the existing hubs since this was taken.
Posted by rigtenzin at 2:20 PM