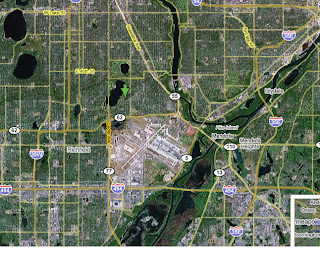 I've been working on this for a couple of days. I don't want to put things out here that fall in the categories of bragging or boring.

1. I have a hiding place in the basement. It's in plain sight, but no one sees me there.

2. I say lots of sick things that I think are funny, but that's just the tip of the iceberg. I hold back.

3. By the time I graduated high school I had lived in 14 different houses, 2 countries, and five states. I attended 11 schools including college. Since leaving college, I've lived in 5 states. Now, I've decided to stay put because I think it's a better way to raise kids. With that in mind, I've lived in the same house for almost 12 years now. I've had a similar turnover in the job world. But I've worked at my current job for more than 4 years. I often have the feeling that it's time to go. I attribute that feeling to all the moving around I've done.

4. I used to be a gun nut. I loved to compete in target shooting events. Somewhere in my 20's, my interest disappeared. A friend dragged me to a shooting competition one Sunday and instead of being interested, I jealously watched the bicyclists pass on the nearby country road. I won second place in my class, but my interest in shooting was over. I still can't explain why my interest evaporated. By the way, I've been riding my bike for distance, competition, and commuting since I was a kid. That's an interest that has never diminished, only brightened.

p.s. I don't live at the green arrow shown in the above map. That's just my zip code.
Posted by rigtenzin at 8:00 AM

I'm very, very intrigued by No. 1. Do you have an invisibility cloak? If so, will you please share where you purchased it?

We have a lot in common. Now I might warm up to you and quit being so aloof all the time.