I rode my first Dave's BrewFarm Event this past weekend. It was more mileage than I've ridden in several years: 64 miles each day. We left Hiawatha Cyclery in Minneapolis on Saturday morning and passed through St. Paul, Afton, and Hudson. From there it was straight east through some small Wisconsin towns. The roads were good cycling routes without too much traffic and had shoulders where the traffic was heavier.

I think I've learned to love the sound of loud motorcycles too. Who would have guessed that was possible? 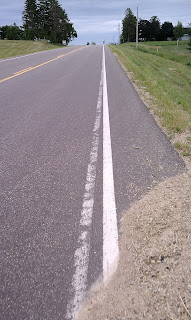 Some of us drank beer(s) and Rumchada(s) at the stops along the route. Rum Chata: horchata with rum. Like my wife says when the dog eats her own vomit, "Don't knock it until you've tried it." 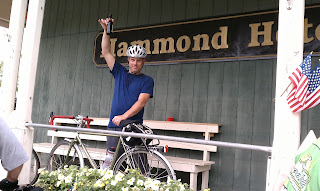 The Brew Farm is what it sounds like -- a farm where beer is brewed and served. I'm not a beer connoisseur. Funny that until I wrote the last sentence, I'd never written the word "connoisseur" before.

We ate a pot-luck dinner and sat around enjoying the peace and quite. Some riders' families joined them at the campsite. I enjoyed seeing the kids have fun in the dirt and in the fields. 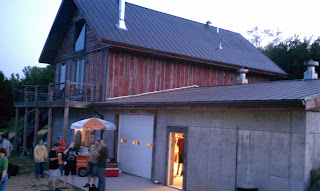 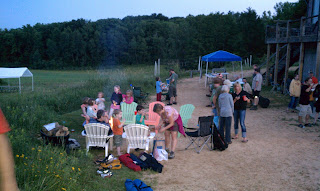 We camped in the fields. My tent was one of those under the wind generator. The generator provides power for the brewing operation. 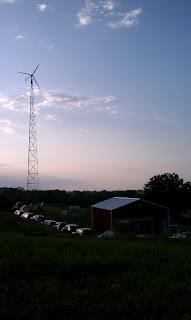 It was a really nice ride and I enjoyed the whole weekend. I rode to work today and I'm not even sore. That doesn't make any sense to me.
Posted by rigtenzin at 10:30 AM