Photos from Sunday's Race in Stillwater 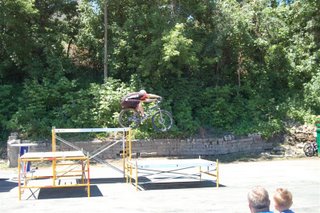 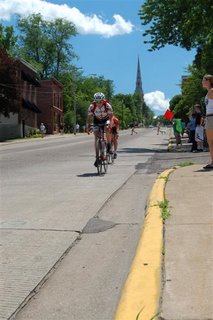 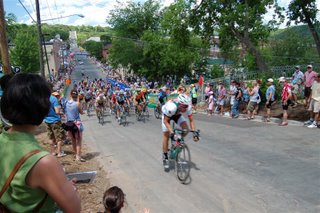 Here are a few shots from the Stillwater race this past Sunday.

The trials rider is Aaron Lutze. He put on a show behind the start area.
The second shot is of the women's race on the downhill. There weren't many spectators there.


The third photo is of the men's race just past the start line as they begin the big hill.

There was a crash during the men's race that we witnessed. A rider went wide on a corner and struck a barrier. I thought he ripped his head off from the angle I had. While looking through the photos, I found I had a shot of him the instant before he crashed and one when he was on the ground. He walked away, but we thought it was much worse given the speed and that he hit a metal barrier.
Posted by rigtenzin at 10:09 PM