Sunday Ride in the Snow

I didn't get out for the Saturday Hiawatha ride again. My excuse this time is that I attended the DFL* Senate caucus for my district as a delegate. I and about 1100 others gathered at Roosevelt High school in Minneapolis to decide our party's platform and which delegates would go on to the next level. Other districts had their caucuses in other locations on this and previous weekends all over the state.

This was my first time serving as a delegate. Getting to the next level beyond this would take a committment of time and heart that I don't have. It was a great education though and I'd like to do it again. I once served on a jury for a criminal trial and found that to be a wonderful education about a slice of the legal system. I see serving as a delegate the same way. It provided me a small glimpse into the workings of a political party.
On Sunday, I went for a lonely ride. I mention that it was lonely, because I ride alone all week to work and I look forward to the group ride on Saturday. I have another conflict for this upcoming week, but I'll try to rearrange things to allow me to ride with the HC group.

With that in mind, I present the Lonely Guy Collection. 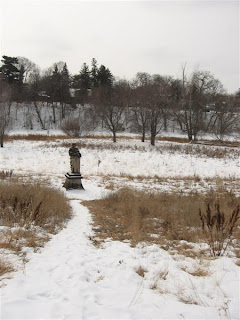 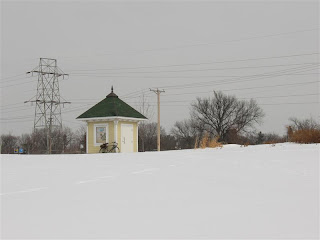 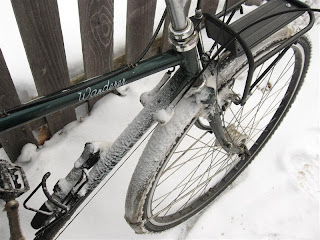 * For you out-of-staters, DFL stands for Democrat Farm Labor. It's Minnesota's Democratic party. It's a leftover from the days when the party was made up of farmers and union members. Those guys are nearly extinct now, but they kept the name anyway.
Posted by rigtenzin at 8:32 PM

Sniffle. I feel lonely just looking at those pics.

My wife told me that the guys from Hiawatha are going to forget my name, it's been so long since I've been for the Saturday morning ride.