How many miles of trails? 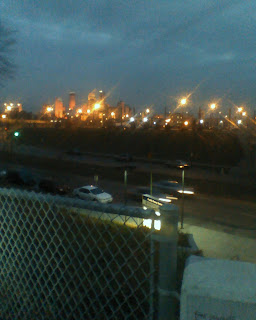 Tex69 asked how many miles of bike paths exist in Minneapolis/St. Paul?

I didn't know, but I recognize a good blog topic when I see one.

I spent a couple minutes researching this question. Here's what I found.

The City of Minneapolis website says 123 miles of paths already exist and 45 more are funded for construction in 2009-2010.

St. Paul's website says they have 101 miles of paths. Neither of these figures include bike lanes and routes of which there are many.

I don't know how many miles exist in the suburbs, but there are lots of paths out there also.

A few of the paths are not very well designed or implemented, but most are very useful. My ride to work is about 10 miles. I guesstimate I can ride on bike paths for about 2/3 of my route.

We have lots of trails around here and I use them when it makes sense.
Posted by rigtenzin at 8:52 AM

I reserve my right to ride on the road whether there's a path or not, but sometimes it's preferable to take a path especially if I'm just taking a relaxed cruise into town.

I've been thinking about the number of bike path miles claimed by St. Paul and Minneapolis. I'd like to verify the numbers, because they seem incredibly high.

Sounds like a good year-long mission for the Saturday Hiawatha ride - bike every path within the metro area, with a cyclometer to measure distance.